I hosted my birthday party in which the theme was vague to say the least. I very much wanted to dress up as Lis a house spirit  from Seconds by Bryan Lee O’Malley.

It turns out most of my friends also had characters they were itching to dress as. In attendance were:

A perfectly eclectic mix, and not a bad reading/watching list. Unfortunately we were far too busy having fun to take pictures of our wonderful outfits. As the outfits were a mishmash i decided to go strictly for black and gold for the decorations.   Weeks before the party i started making various pretty things, mostly inspired from pinterest

I made paper pompoms to hang from the ceiling. 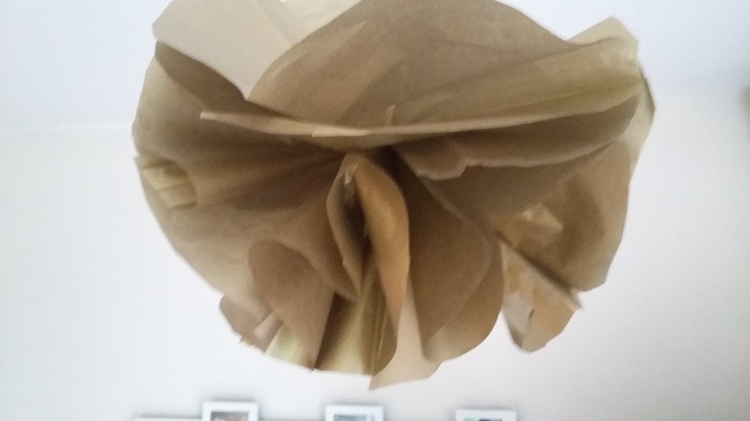 It was simple but time consuming, all you need is paper/fabric, scissors, needle and thread. 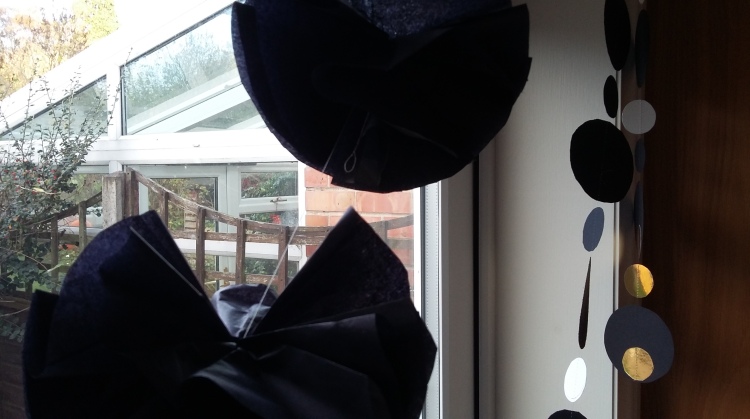 I Made garlands out of paper disks

2.   Start sewing! I picked up some invisible quilting thread but white would probably work just as well.  make sure you leave lots of thread before you start sewing so you can hang it up later.  I used my sewing machine and threaded through each circle (I’m sure it would be just as easy to hand sew). you can sew two on top of each other or sew them off centre to give more movement.

With the left over circles and pompoms I decorated the walls with black and gold. for the finishing touches I brought a mix of black and gold table clothes, cups and plates.

Though I had a  wonderful time and loved seeing all my friends, the day was not free of anxiety ridden turmoil. I had too keep checking myself to make sure I was not too busy trying to be the ‘perfect host’ to enjoy myself.

My little house exploded with unprecedented noise. If it got too loud or overwhelming I slipped off upstairs  to see my lovely cats (they were not best pleased about all these people in their house). 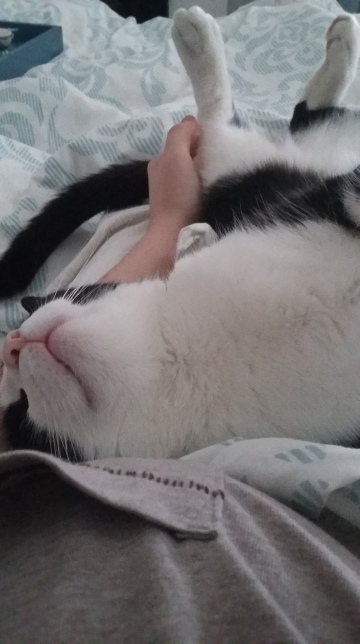 For over a year now I have been on the way to recovery from an eating disorder and depression! One thing that’s helped me a lot is writing down my achievements. To start with it was little more than ‘got dressed’ or ‘ate without feeling anxious’. More recently my accomplishments have been more substantial. Here I will document my bakes, writing, crafts, textiles, gardening and other bits and pieces. View more posts