I’ve upped my game in book binding with the help of this fantastic guide by Erica Ekrem. It was my husbands birthday the other day so my first project from this book was a gift for him. I started with what I thought would be a relatively simple design, of a ‘preserve-a-memory mason-jar book’ minus the mason jar. 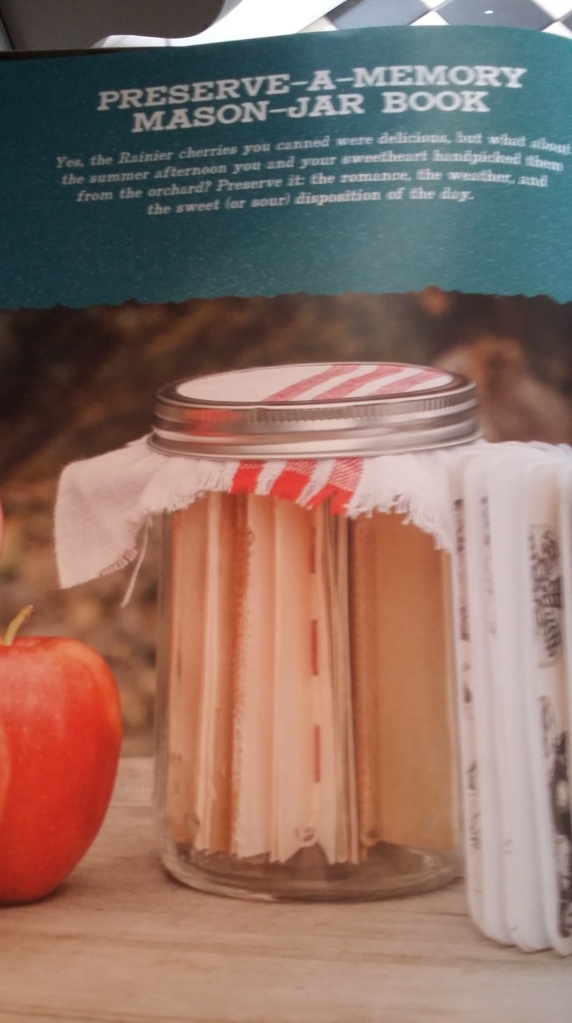 For such a small thing it took a very long time. First was cutting ninety pieces of paper to size, that was time consuming but easy enough with my guillotine. Though I did manage to loose count a fair few times. I chose some pretty Victorian style paper to mix in with with plain paper. The next step was fold groups of five pieces of paper into about eighteen ‘signatures.’ having the bone folder is very useful for this.  I also found out I’m managed to cut a variety of sizes papers. I ended up trimming the sides with scissors.

An optional step was to round the corners off with a corner punch, I think it really adds to the aesthetics so spent a good deal of time doing this. The real hard graft game when I needed to punch eight holes through each of the eighteen signatures. In the past I would have used my awl but I’d brought a screw hole punch for this very occasion. The screw punch meant my holes where aligned and wide enough for the thick bookbinding thread to move through without catching.

Next came the actual book binding. I was very impressed by how well laid out the instructions were. The diagrams were clear and not overly complicated, despite the sound of them. I got to grips with running stitch, French stitch, long stitch and true kettle stitch. With careful patience the book came together very nicely.

I was rather smug at this point until I realised I’d missed out an instruction. I was supposed to over stitch a ribbon along the central stitch.  as mistakes go it could have been a lot worse. Instead of ribbon i used gold twine and threaded it through the stitches.

I felt like it needed a little extra to make it a personal present. I decided to write a Neil Gaiman poem. The Day the saucers came, each line to a page. I also wrote a few little personal messages throughout. I wrapped it in pretty fabric and tied it in a silk bow to complete the package. 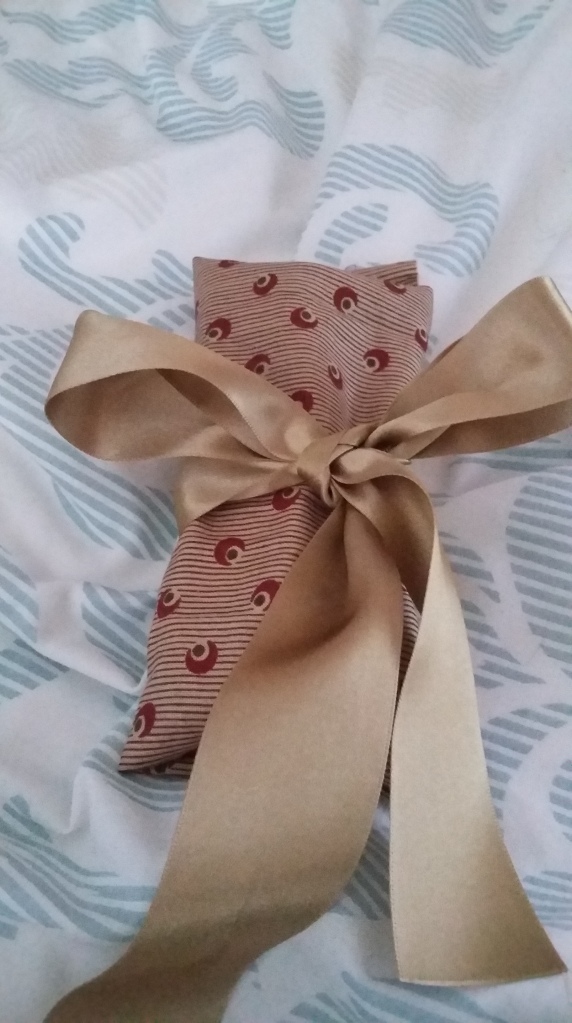 One thought on “I made a beautifully bound book”

Other Blogs By Me